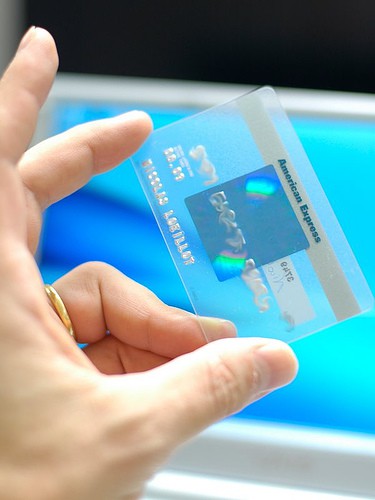 Why Do Some Businesses Refuse American Express?

In our increasingly credit dependent world, credit cards are simply becoming a way of life. Most people carry a small army of credit cards at any one time – MasterCard, VISA, Discover, Diner’s Club, and American Express – all in their wallets and purses together.
Despite this trend, an increasing number of businesses are refusing to accept American Express cards. Why is this? After all, aren’t credit cards a great way to facilitate business and even attract customers with convenient payment options?
That answer is yes, but for a growing number of businesses, the fees and costs of accepting American Express are outweighing the benefits.

First, in defense of the American Express card, it is important to point out that, unknown to most merchants, credit card companies provide their services at a variety of rates and scales to different types of businesses with differing volumes and types of sales.
For example, a retail establishment with a $10,000 annual American Express charge volume may be charged a rate as high as 5 percent, but a retailer with double that American Express charge volume may be assessed only a 2 percent rate.
There are two primary distinctions that permit VISA/MasterCard to use a lower rate structure. The first component is what is called an interstate rate – the cost of carrying the credit charge data over their network. The balance after this fee is their stated profit for doing business.
The second reason is that statistics which are compiled within the credit card industry can help merchants make card acceptance policies in a more informed manner. Historically, in almost every retail, restaurant, or lodging transaction, the American Express customer spends significantly more than typical VISA/Master Card customers. The demographic also includes a typically more sophisticated card member based on socio-economic factors such as income level, residency, and spending patterns.

Are Merchants Who Refuse AmEx Cards Making a Mistake?

It is important to note that most shoppers predetermine exactly how they intend to pay for their purchases, so they can be more selective about how much they spend as well as where they spend. If an American Express cardholder sets out to make a $500 purchase on their card, they typically look for the American Express sticker on the merchant’s window. No sticker could mean no shopping, at which point they determine how much they are willing to spend based on another method of payment.
VISA and MasterCard assign spending limits to their cards. American Express does not. This has a huge impact on cardholder spending and their ability to spend and pay.
So, if they come to the counter and the merchant denies using a particular method of payment, the customer has a decision to make: either put the merchandise back, spend less, or make the purchase through a method they had not originally planned on.
And what is the cardholder response to this? Do people want to be told how much we can spend, what method of payment we use, and where we can use it? Statistics show that very few will tolerate being told how to pay for their merchandise/food/travel, etc, and will take their business elsewhere.
So, higher rates do not necessarily translate into less profit for the merchant. The merchant does have options: Direct processing and attempt to attract more American Express customers, due to their higher spending abilities. The choice is yours.
This article was contributed by Jane Sanders from DebtManagement.net. Visit her site for tips on credit card debt management.