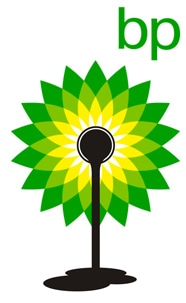 Do you automatically choose BP gas stations because of the sweet rewards that you get with your BP Card? If so, you may want to think twice.
BP will be slashing it’s rewards as of March 1, 2012. The new “Pump Rewards” program will take effect with reduced rewards. This is really sad because the BP Visa was one of the, if not the best gas rewards credit cards on the market assuming you filled up at BP.
Let’s take a look at the updated rewards system and how it compares to the previous system (hint hint, it’s not good!). Also, let’s explore some alternatives to the BP Card.

Under the previous rewards program, BP customers earned great rewards during the first 60 days. They earned a 10 percent rebate on up to $500 in gasoline purchases – a value of $50.
Travel and Dining purchases were good for a 4 percent rebate. All other purchases qualified for a 2 percent rebate.

During the first 60 days in the Pump Rewards program, you’ll earn a 25 cent per gallon rebate for each $100 in eligible purchases. This rebate is good for up to 20 gallons on a 1-time purchase, making it very restrictive and limiting the already lackluster rewards that you’d get at that rate, anyway.
Note that purchases at non-BP gas stations do not qualify for rebates. So, if you decide to fill up at Texaco, Sunoco or some other station, you won’t reap the benefits that you would with BP purchases.
Additionally, the enhanced rewards for the first 60 days are only valid with the BP Visa Signature or BP Visa card. The standard BP card does not offer enhanced rewards during the first 60 days.

Suppose that you spend $400 at BP stations during the first 60 days. You wait until this time period is over before cashing in on your rebates. Also, let’s assume that you drive a large vehicle and purchase 20 gallons of fuel at one time.
Additionally, let’s assume that you choose to receive your rebates through a price reduction at the pump when using the Pump Rewards program, as doing so will give you more rewards than by using a statement credit if you purchase the full 20 gallons .
Below is a comparison of how this would play out using the previous program versus the new program (under either the BP Visa or BP Visa Signature card):

The situation doesn’t get any better after 60 days. In fact, it gets worse.

Under the previous rewards program, you’d earn a 5 percent rebate on up to $500 in monthly purchases at BP locations. That’s effectively an unlimited 5 percent rebate for most consumers, as most people spend less than $500 on fuel each month.
Going by what I last paid for gasoline, I could get 37 gallons per week and come in at less than $500 per month. If you drive a standard vehicle that gets 25 miles per gallon, you’d have to drive 925 miles per week to use that much.
Unless you are a road warrior or have modified your vehicle to include a jet engine, you probably don’t use that much fuel. In a nutshell, you’d get a 5 percent rebate on just about every purchase at BP under the previous program.
Travel and dining purchases were good for rebates of two percent with the previous program. All other purchases qualified for a rebate of one percent.

Suppose that you spend $150 per month at BP stations. Using the rest of the same assumptions as we did in the first comparison, let’s take a look at how the previous and new programs compare after the long-term rates kick-in:

As we can see, the previous program still performs much better after the initial 60 days is over. Also, consider the fact that the standard BP Card would offer even less rewards than the Visa Signature and Visa card, which were used in this example.

The news gets worse from there. This is because the new Pump Rewards program is highly restrictive. It includes the following restrictions:

Basically, you better drive something with a big fuel tank to maximize your rewards with this card. Also, if you live (or drive frequently) in Alabama or New Jersey, you’re virtually out of luck with the Pump Rewards program.

Instead of going with a BP Card, there are better alternatives. These include the Costco Anywhere Visa Card by Citi and Blue Cash Everyday Card from American Express cards. Both cards are better options than the BP card, and much more user friendly. In fact, I’d recommend either card over any single branded gas station rewards card.
Below is a brief overview of each card.
[two_third_first]

The Costco Anywhere Visa Card by Citi offers 4% cash back on gas for the first $7,000 per year, and then 1% thereafter (at Costco and standalone gas stations).
Which makes this just about the best gas rewards card out there.
(Well, maybe except for the Sam’s Club MasterCard, which offers 5% cash back on gasoline on the first $6,000 per year.)
On top of that, the Costco Anywhere card gives you 3% cash back on restaurants and travel, 2% cash back on all other purchases from Costco and Costco.com, and 1% cash back on all other purchase.
This makes the Costco card a much more user-friendly and practical card than any version of the BP Card. So it’s an easy choice if you are comparing the two.[/two_third_first][one_third_last]

Not a member of a warehouse club? No worries.
The Blue Cash Everyday card offers 2 percent cash back at gas stations. And that means all gas stations, not just BP. With no quarterly caps. (Take that Discover it Chrome and BankAmericard Cash Rewards Card.)

On top of that, you will earn 3% back at grocery stores, 2% at department stores, and 1% cash back everywhere else. And the Blue Cash Everyday card is always offering nice welcome offers to get bonus cash back and introductory financing.

Sure, you won’t get rich with that amount, but it is much more simplistic and flexible than the BP offer.[/two_third_first][one_third_last]