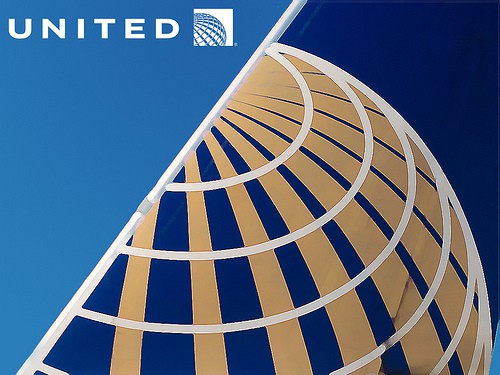 [#Chase_United MileagePlus_Explorer_Review#]
If you are a Continental OnePass member, it may seem like these are turbulent times – pardon the pun.
As of March 3rd, Continental OnePass merged into United MileagePlus. However, all the talk and action regarding the merger between Continental and United really doesn’t require much of you and won’t cause too much of a stir in your financial life.
What will the merger mean for you? Will your rewards be safe? Let’s find out!

Alright, you’re going to have to listen to a robot tell you to select from a bunch of options, wait on the phone forever and talk to an overwhelmed customer service representative to switch over to the MileagePlus plan, right?
Maybe you’ll have to fill out a load of paperwork, too, while walking backwards across a tightrope. This is going to be a hassle, isn’t it? Not exactly.
As of March 3rd, you’ll automatically be enrolled in United MileagePlus. Your OnePass account number will become your MileagePlus account number.

What if I Have an Account in Each Program?

If you have both a OnePass and a MileagePlus account, they will remain separate during the initial phases of the merger. Your OnePass account will become a second MileagePlus account.
However, by early April, there will be an online process to request account consolidation. If you’d like to have your accounts merged before then, you must call the MileagePlus Service Center at 1-800-421-4655.

What Happens to All My Miles!?

You’ve made six round trips from Boston to Honolulu in the past year. You’ve racked up a load of miles and are waiting to cash in on them. Will they transfer over to the new program?
Thankfully, you won’t lose the miles that you’ve earned under the OnePass program. You’ll receive an equivalent value in your MileagePlus account.

What About Elite Rewards?

As a Continental OnePass member, you may be accustomed to earning Elite Qualification Miles (EQM) on just about all of your flights. Including Continental, there were 32 airlines and one rail company (Amtrak) that allowed customers to earn EQM when using the OnePass program.
That’ll all about to change as you merge into the MileagePlus program, as it is a bit more restrictive.
Under MileagePlus, you’ll earn miles toward Million Miler Status. To do so, you’ll have to fly on the new United (including Continental), Copa Airlines or Copa Airlines Columbia.
Once you reach 1 million miles, you’ll have access to lifetime Premier status. The rewards thresholds are as follows:

Rejected For a Card? Understanding a Credit Card Denial Letter and Your Options

At each threshold, you’ll be entitled to additional benefits. These include the following:

These and other benefits are available to all member who have lifetime Premier status. However, with each rise in status, you’ll be entitled to a higher level of such benefits. For example, you’ll get more bonus miles with each rise in status.
With any merger of this magnitude, a headache may seem inevitable. However, it appears that this merger will be relatively smooth, given it’s size and complication. Your travel experiences and experiences in the program shouldn’t be too far off from what you are used to.
With all that being said, keep the MileagePlus Service Center’s phone number (1-800-421-4655) handy. Each customer service rep. has probably had to explain various components of the merger plenty of times and probably hates his or her job right now.
So, don’t fret too much over this merger, as it doesn’t look like there will be too much trouble. Even if you hit a bump or two in the road, United should be able to help you sort things out.
Popular Posts You’ll Enjoy: